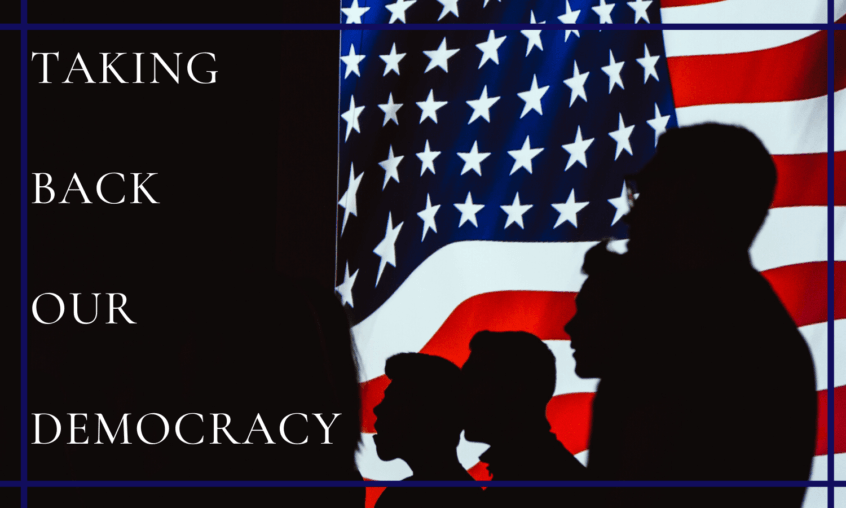 This Tuesday is election day in Kentucky, and the governor’s race is like something out of a scripted reality show. You know, that high-drama trope that has the evil incumbent with tons of corrupt money backing his oh-my-god-ridiculously-negative-ad campaign squaring off with the good-guy-grassroots-man who is fighting to change things for the better.

The problem is, this isn’t a cheesy film trope for some B movie. This is our life, where the heart of our education system is on the line, where coal miners might not get the diagnosis for the medical care they need, where hundreds of thousands of needy children won’t have access to healthcare. In the past four years, the population of our state has declined, and 28,000 teachers have left the classroom. We are now 45th in the nation for wages, and our illustrious governor refuses to look toward new avenues regarding innovative ways to bring up-and-coming industries into our region.

There is so much work to be done, so many things that need to be fixed. So much untapped revenue this beautiful state has yet to explore.

This election is one of the most important elections in Kentucky’s history. Now, more than ever, it is critical people step up to the plate and participate in the democratic process.

And yet, officials are projecting a 30% turn out on Tuesday. It’s astonishing to think that with so much at stake, seven out of ten people won’t even bother to go to the polls.

Both Uber and Lyft are giving free rides on Tuesday. By law, employers have to give their workers four hours to vote. The Democratic and Republican parties have stated they will find ways to get people to the polls, should someone call their hotline and ask. Mass transit systems in Lexington and Louisville are giving free rides, as well.

Everyone who values democracy is bending over backward to allow people to participate in the process, and yet Kentuckians still refuse to vote.

I believe there are a few reasons. First, the marginalized in our society (minorities, the poverty-stricken, the working poor) have been told they don’t matter, which, over time, has turned into an intrinsic belief that they can’t make a difference, so they no longer try.

Second, the largest generation in the nation (18-32-year-olds) have been disenfranchised by corruption, misinformation, and targeted campaigns to keep them out of the polls.

I wish they understood that if they voted en masse, they would rule the land. They don’t realize they have the keys to the kingdom. United, they could completely flip the government on their ear with fresh, young candidates that could demand reform and change.

The powers-that-be know it, though. And they wield that knowledge like a well-honed scythe.

Third, many people in the “mainstream” demographic are sick of the negativity. The tactic worked so well in the last presidential election, political action committees have doubled-down on the strategy, spewing slanderous campaigns that leave voters disgusted by the entire process. One party’s ads are solely aimed at federal women’s rights policy, which has nothing to do with gubernatorial control. That doesn’t matter though; just mentioning the subject spawns vitriol, passion, and an extreme emotional response that demands justice. One-issue voters are easy to manipulate. If they don’t like the candidate that agrees with their issue, they’ll write in a vote for someone who has a snowball’s chance in hell of winning, or they won’t vote at all.

Either way, the results are the same.

Yes, we have systemic corruption in America. No one is disputing that. But that corruption has been allowed to fester and grow because We the People stopped actively participating in the system a few decades ago. And it’s getting worse.

The only way change is going to happen is if we stand up and take action–starting at the state and local level. And it’s going to take everyone–Democrats, Republicans, Green Party, Independent, those who have never registered to vote. This is our country. If we don’t participate in the process, then we are the reason democracy falls.

Somewhere along the way, we’ve forgotten that freedom isn’t free. It takes dedication, sweat equity, and due diligence to make sure those that are serving in our stead are doing their job. And when they aren’t, it takes a collective voice to get them out of office and bring about change.

I’m not sure what the future holds for the state of Kentucky, or even if I’ll be able to stay here much longer. But whatever happens, one thing is clear. We have to get corruption out of government and take our democracy back. One group, Represent Us, is trying to do just that.

If you’d like to learn more, please watch this video from Jennifer Lawrence.

We have a lot of work to do. If you’re in Kentucky, you can start by voting this Tuesday. Everyone else, I encourage you to join Represent Us and actively participate in your areas to help us bring about change.

2 Comments on “Taking Back Our Democracy”