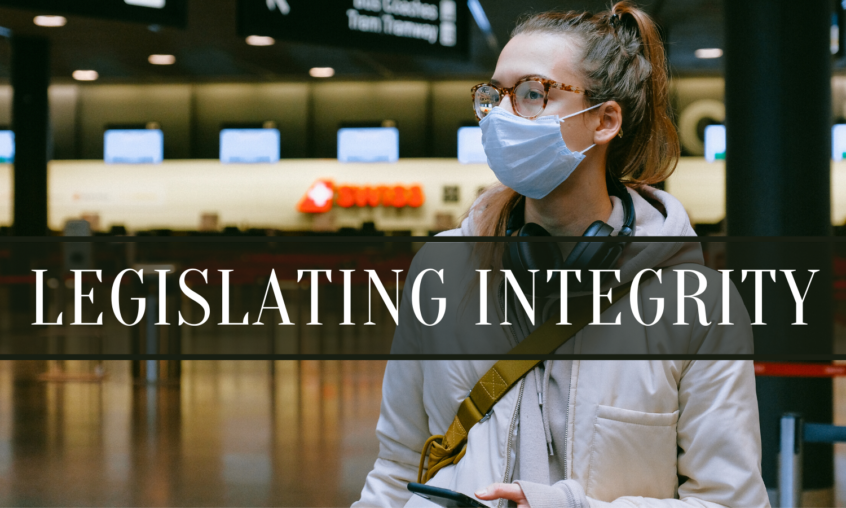 Selfishness has gripped this nation in a way never seen before, and “news” shows use fear-mongering and misinformation to create alternative realities for our most intellectually vulnerable. Straw man, false equivalence fallacies, and conspiracy theories have muddied the communication waters, making it almost impossible to keep our communities informed and safe.

The willfully ignorant hate facts that contradict their beliefs.

“Do your research!” They scream, yet they watch Youtube videos full of cherry-picked facts and outright lies, and they haven’t read so much as a post-it note in years.

“Don’t be a sheep!” They taunt, yet the outliers gather in groups and continue irresponsible behaviors, even when overwhelming evidence shows they are doing more harm than good.

“Think for yourself!” They bellow, yet they parrot talking points and propaganda with little understanding of why they feel so strongly about the subject in the first place.

We all indeed need to think for ourselves.

But cherry-picking facts and data to show people what they want to see isn’t science … it’s manipulation. Every pandemic expert has stated we must give doctors and researchers time to find a way to treat COVID or develop a vaccine.

Until then, they’ve asked that we physically distance from others and wear a mask.

It’s such a small thing to do when compared to what our doctors and nurses on the front lines have to endure.

States mandated everyone follow the suggested protocol and most citizens were on board–until the president refused to wear one and recently declared that some Americans wore masks as a way to show their disapproval of him.

This combined message drew a line in the sand, and his staunch supporters stopped protecting others, openly defying community guidelines. Hostility festered into resentment as a mask became a symbol of opposition, and not wearing one was a sign of solidarity.

But those refusing to wear a mask are missing the point entirely.

That cloth isn’t a criticism of governmental leadership, nor is it supporting abject liberalism. 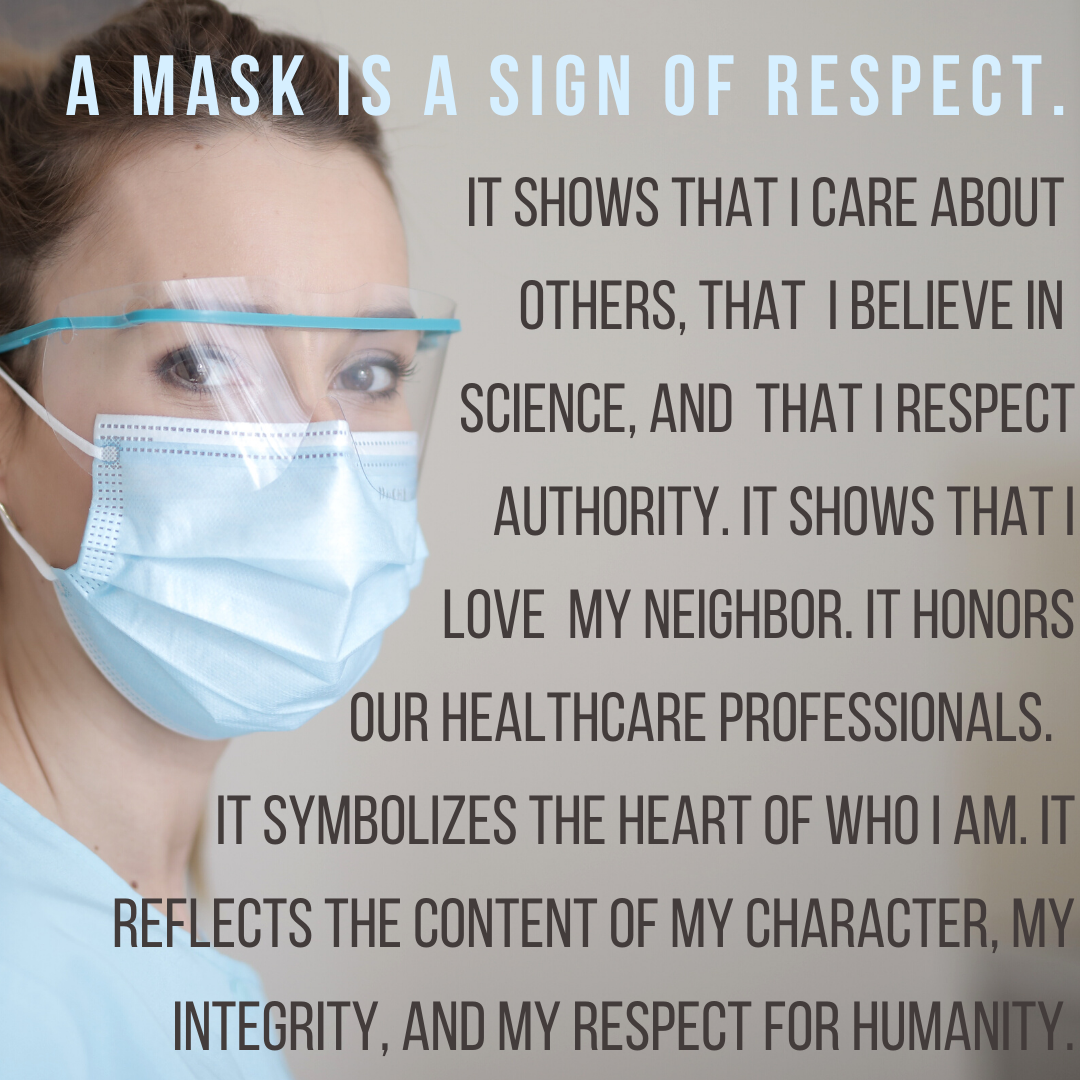 It shows others that I care about them and am willing to sacrifice to keep them safe. It shows my students that I believe in science that I’m willing to respect authority and stand up and do the right thing.

Can we please learn this and move on?

I’ve lost friends to COVID. I have friends going through it right now. One only a few days in, and another over a month dealing with it. Both of them are struggling to get through as they fight to breathe.

We may not be able to legislate integrity, but we can encourage others to do the right thing. We can shout out companies and local businesses that follow best practices, and we can stop financially supporting businesses that don’t.

We can realize that zealots and extremists can never be swayed from their willful ignorance. These people deserve our compassion but not our time or energy.  Learn to walk away.

The situation hurts my heart on many levels. So many people are hurting. So many hating. So many not even caring that their lack of integrity could kill another human being. But, as frustrating as it is, we must recognize that no one deserves to die because of misinformation, misplaced loyalty, or outright lies. I don’t care who they support politically or what they believe.

We’re in this together.

As COVID blazes through parts of Texas, Arizona, and Florida, it’s created new epi-centers, adding unbearable weight to an already buckling healthcare system. I can only hope that people stop demanding we legislate integrity and start practicing it on their own.