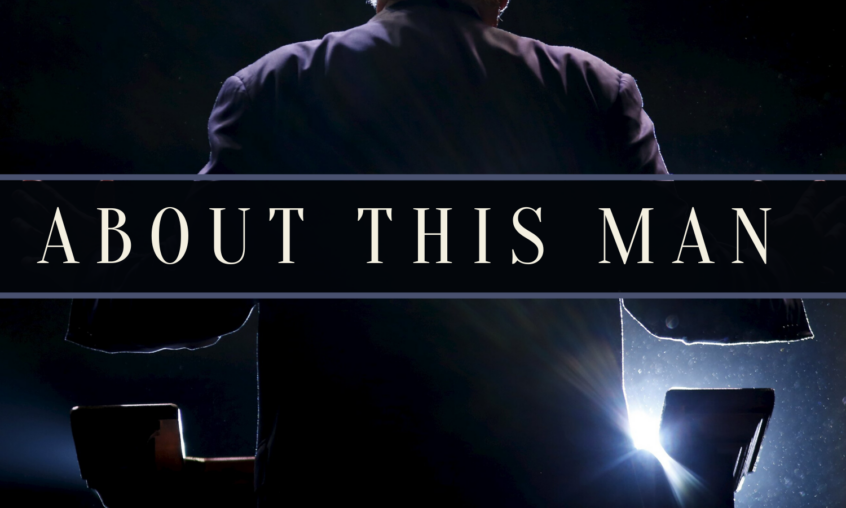 Some will view this as a political post. It isn’t intended to be. This is not a criticism nor an endorsement of any political party. It’s a question I’ve had on my heart a long, long time.

I have a diverse group of friends that represent a wide range of points of view. They come from different countries, different political ideologies, different sexual orientations, and religious affiliations, or no religion at all.  They make me look at the world through different eyes, question my own perceptions, beliefs, and implicit bias.

They make me a better human.

They do have one common trait though–they have integrity.  If you’ve read any of my work you’ll know that integrity is a trait I value more than anything.

In order to get to the heart of the question, we have to go back a few years.

To a time when there were seventeen people on a stage.

Senators, governors, a neurosurgeon, a CEO of a major tech company. They came together to discuss issues and throw their hat in the ring to represent the Republican Party, a party that stood on the pillars of conservatism and fiscal responsibility. A party that branded themselves with integrity and values. This was the party of Lincoln. The party that denounced slavery, called for social and economic modernization. Under Roosevelt, they started the National Parks Service to conserve our natural resources, and, under Nixon, created the Environmental Protection Agency.

Sixteen of these candidates had shown, through time and experience, their loyalty to these beliefs. All but three had already represented their party in political offices before.

And yet, one of these candidates had declared bankruptcy four times.

One candidate was accused of contracting jobs yet only paying a fraction of the bid, which led to numerous lawsuits.

One candidate had bragged about “going after” women. He didn’t ask … he just started kissing.

One candidate openly mocked the disabled.

One candidate had taken out a full-page ad demanding New York bring back the death penalty for five black men accused of raping a white woman in Central Park. Years later, the men were proven innocent, the convictions overturned,  but this man refused to admit he was wrong.

One candidate stated that hundreds of Muslims celebrated on the streets of New Jersey as the twin towers fell. The lie fed misdirected hatred and rage that had Muslim Americans in fear for their safety.

One candidate claimed a previous president hadn’t been born in the United States. This false conspiracy fanned the flames of racial and religious bias that grew for eight long years.

One candidate was charged in a child rape case alongside convicted pedophile Jeffrey Epstein. He denied the charges, and Epstein died from a reported suicide before the matter could be settled.

All of these events have been reported in hundreds of news outlets throughout the world and are, unfortunately, factual and true. For any of the other sixteen candidates on that stage, just being implicated in one of these would have been a death blow for political aspirations, and, most likely, the Republican National Committee would have demanded they leave the party.

Even with all of these events combined–the fiscal recklessness, immoral behavior, lies, and unethical practices–the RNC still supported him. Those that originally questioned his ability to lead remained silent as the Republican Party nominated a very un-Republican man.

I understand people were tired of the bickering and partisanship that kept our government in bitter gridlock. They were sick of nothing getting done in Washington. Corruption ran like wildfire through both the house and senate, on both sides of the aisle. Eight long years of political polarization had left politicians frustrated and angry. The American people allowed that anger to boil into a misguided rage. Political leaders from both parties were demonized, vilified, and condemned until people were so blinded by hate it smothered any hope of seeing the other side of an issue.

It only makes sense that they’d want to take a chance on someone outside the national political arena. Someone with fresh insight that might be able to break the toxic cycle and get something done.

But there were others on that stage that fit that bill. Others that didn’t openly bully and malign fellow candidates. Others that understood the importance of language and syntax, of setting the right tone, of reaching out to those that believe differently and working together to move this country forward.

Others that had displayed integrity through their actions and their words.

And yet, they chose this man.

Was our country weak? Were people laughing at us? Was Mexico sending their rapists? Were our airports disastrous? Were we losing? Is the American dream really dead?

Or was this man feeding people’s fears and fanning the flames of implicit bias of those supporting him?

The Republicans I know are good people. They believe in hard work. They pay their taxes, support their communities, they are devout in their faith and they genuinely want to do the right thing. And after the hardships of this past year, the majority of my conservative friends that voted for this man no longer support him, not fully, anyway. Some have joined the Lincoln Project in an effort to bring back the original ideals of Republicanism. Others are now active in RepresentUs to help fix rampant corruption and bring about change.

But for those who still love this man, who defends his behavior, who still blindly pledge their fealty to the man, not the platform on which he stands; for those that willfully remain ignorant on issues and facts that show this man’s flaws; for those that scream “fake news” at facts they don’t want to hear; for those that try and justify his condemnable actions by bringing up past wrongs from other leaders, I genuinely want to know.

What is it about this man that causes such cult-like devotion and blind, unwavering loyalty?

Because I gotta admit, I just don’t get it.

2 Comments on “What is it about this man?”