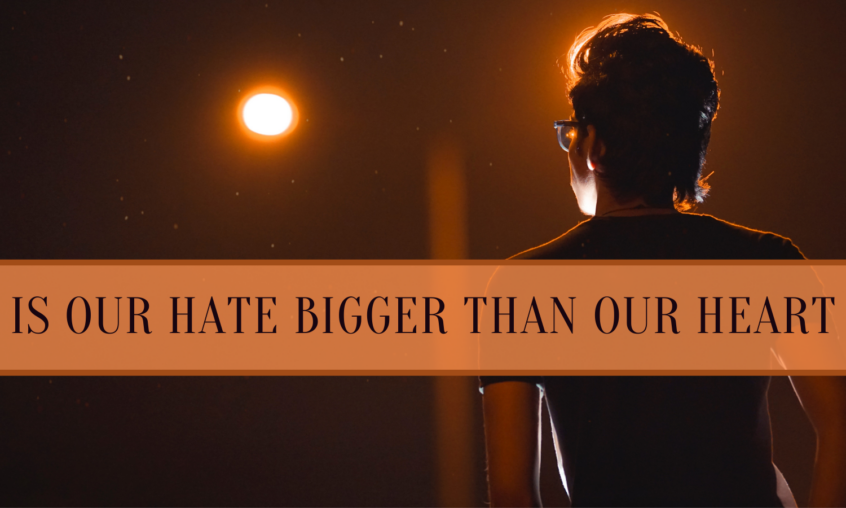 I teared up as I watched the 46th presidential inauguration. Good lord, the past year alone, our country had endured so much heartache and pain.

Afterward, I called and friend and told her how much I loved Biden’s speech. It eased my heart to hear him talk of unity, calling on both parties to stop this uncivil war and work together for the greater good.

We’ve been friends for years, and even though we used to agree on most issues, the past four years have created quite a political divide.  And so her acerbic response didn’t surprise me, although it hurt. So much bitterness born of misinformation, conspiracy theories, and lies. So much pain.

I quietly listened, knowing that her words came out of a place of fear. After four years of consuming her news predominantly on extremist shows and sites riddled with opinions and rants, she truly believes we’re going to end up with gas at ten dollars/gallon, big tech completely suppressing our freedom of speech, and the stock market plummeting while America plunges into some dystopian socialist world where we can no longer worship God (or some such).

I’m not glossing over her fear–there are red flags in areas of big tech that raise concern. But this hyperbolic fear-mongering alternative fact nonsense presented as “news” is reckless, irresponsible, and flat out wrong.

She’s so far down this misinformation rabbit hole that nothing I say will help. My only hope is that in time when none of her fears are realized, she’ll once again be able to see reason and truth.

We finally changed the subject, but our conversation brought to light an enormous problem this nation faces.

For this country to heal, our hearts must be bigger than our hate.

Are we able to look at a leader and see their compassion, their integrity? Or are we so yoked in pointless loyalty to party affiliation that we refuse to see the humanity in anyone that believes differently than we do?

I’ve watched it time and time again in Kentucky.  We are a Republican state with a Democratic governor. For the first six months of the pandemic, our governor worked seven days a week, scrounging up much-needed PPE while fixing an ancient unemployment system designed to turn people away. He addressed our Commonwealth with concise, honest communication and admitted when his administration made a mistake. He then shouldered that responsibility and explained how they planned to fix it. This past year he’s been forced to make difficult decisions while Republicans accuse him of a power-grab and Democrats are incensed that he’s working too closely “with the other side.”

Some conservatives can appreciate everything he’s done on the COVID front even though they disagree with his party on other issues. But others have maligned his character, few going so far as to call for his impeachment–all for doing his job. And don’t even get me started on the good ol’ boys that hung his likeness in effigy.

In front of the place where his children play.

These types of actions convey hatred for the Democratic party so pervasive and deep it supersedes a heart for their own community.

It’s devastating to realize that people are driven to such malicious animosity they become close-minded, only seeing the world through a cynical filter, clouded by manipulation and fear.

And that has to change first before we can fix anything else.

But humility and introspection cannot be mandated, nor can mental health or psychological deprogramming.

To heal, we, as individuals, must be diligent in being responsible for the news we consume. We must listen to our family, friends, and even those on social media with the intent of understanding and try to put ourselves in another’s shoes. We must question whether our beliefs are rooted in truth or stem from misinformation or deep-rooted implicit bias.

We must open our hearts and humble ourselves and reflect on what we believe and why.

Do we hate being wrong more than we love what is right?

Do we hate compromise more than we love success?

Do we hate others’ differences more than we love the freedom to be whatever we want?

In short, is our hate for the other side bigger than our heart for democracy?

2 Comments on “Is Our Hate Bigger Than Our Heart”