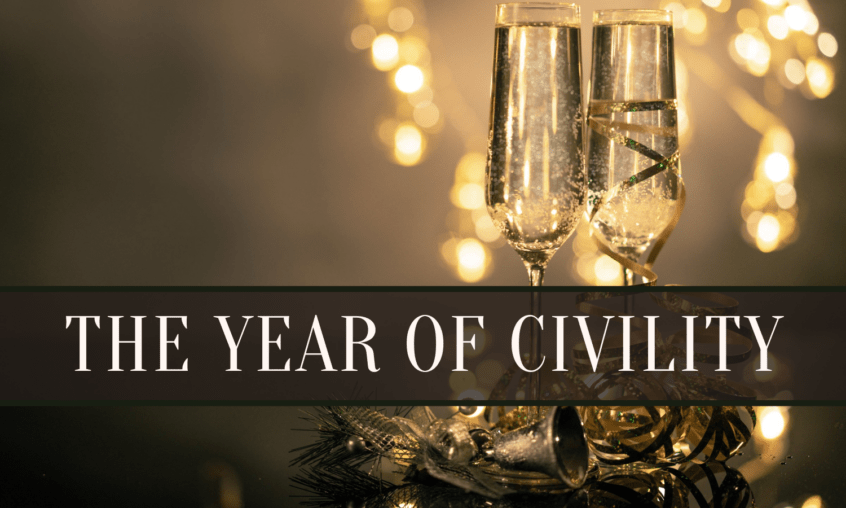 I don’t make New Year’s resolutions. Instead, I focus on one aspect of life I’d like to nurture and grow. I choose a catchphrase that embodies the concept and creates a common theme. If you’re into jumping down rabbit holes, here is a rundown of the past.

Last year, I named 2021 “The Year of Resilience” out of a fierce, desperate hope that we could somehow bounce back from 2020 and recover. And in many ways, we did. Our economy didn’t collapse. And despite the supply chain issues, we managed to keep the stores’ shelves stocked. We returned to work and school, even though both looked vastly different. I’ve seen a shift in social media that indicates we are becoming better at spotting misinformation and media manipulation (although I don’t know if that’s due to personal algorithm changes or it’s actually a trend).

We are recovering, thank God, at least in that regard.

But, culturally, we haven’t faired as well. Lately, I’ve walked away from countless conversations thinking, “what the hell just happened?” A light-hearted discussion of days gone by turns into a heated debate on elitism in America. Or a friend calls and asks for advice, and I end up spewing a bunch of jumbled words that are as garbled as a Gordian Knot.

Our communication skills have definitely taken a turn for the worse.

But the effects of months spent in isolation can still be seen in other ways as well. It’s like we need to re-establish social norms. I dread getting behind the wheel as the roads are now full of aggressive, rage-filled people that think nothing about cutting across lanes of traffic while waving a middle finger in the air like it’s their job.

And when did it become socially acceptable to openly berate grocery store employees?

In the classroom, it’s worse.  Students who rarely misbehave are now lashing out. Those already at-risk have shut down entirely. Children have forgotten how to complement each other and have difficulty showing compassion. Instead, they use sarcasm and harsh words as a defense mechanism.

The world has become imbittered, harsh, and negative.

Something has to change.

We have to get back to the basics of civility.

Every new session at school, I write a saying across my storage cabinets and have the children discuss. The subject matter usually deals with creativity and the arts, but in December I strayed from the norm and wrote this:

“Be the World You Want to Live In”

We spent the first few minutes of class discussing what kind of world we want and what we could do to create it.

Here are the kiddos top five:

This year I’m concentrating on the things we used to do. Speak less, listen more. Smile, even while wearing a mask. Ask questions of others, and genuinely listen to their answers. Make eye contact. No complaining. No heated debates. And, above all else, in all things, be kind.

I know one author/teacher cannot change the unconscionable actions of this world. But I can positively affect my little corner of it. And, good Lord willing, I can show my students that words have power, and kindness and civility matter.