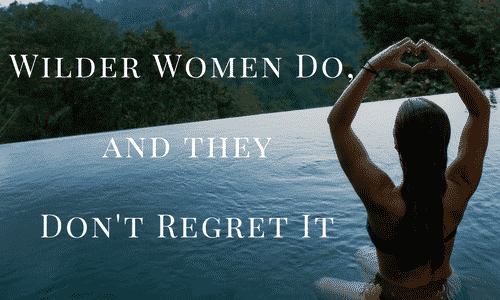 It doesn’t seem possible that it’s already been a year since I first picked up Jasinda Wilder’s book Big Girls Do It Running.  If you don’t already have a copy, I strongly suggest you one-click that sucker. Not only am I over ninety pounds down, but all my blood counts are also within normal range, and I feel better than I have in years.

The newfound health has brought with it a dollop of happiness, and colleagues, friends, and family are now asking for recipes and advice. I’m not an expert by any stretch of the imagination, but I’d be happy to share tips and tricks that have worked for me.

And so, I’ve decided to start a Wellness Wednesday series, one that concentrates on things I’ve learned this past year.

This week’s topic–be fearless in the face of change. 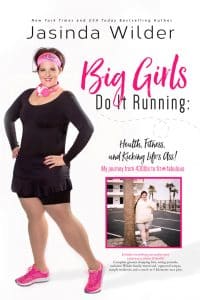 One of the biggest differences with the Wilder Way program is the amazing hubby/wife team that created it. Jack and Jasinda are one in a million, and, even though they run a farm and are writing fiends, they still find time to interact with their  BGDIR group. I’ve found such support, encouragement, and motivation through the incredible people there, and the group has been instrumental to my success.

In years past, trying to lose weight meant dieting, starvation, deprivation, and shame. It meant avoiding people, not going to parties, and skipping any social situations where I’d have to admit that I was dieting … again.  And good Lord, trying to find the time to exercise when no one was around was almost impossible. And when dieting didn’t work, giving up seemed the only solution. This brought on years of cutting the tags from the back of my shirt for fear of someone seeing the size, wearing dark clothes that were too big so, hopefully, no one noticed those extra pounds I’d picked up over the break, and waiting until everyone else had gone up the stairs so that no one saw me huffing and puffing or stopping halfway in between.

It wasn’t until I joined Jasinda’s group that I realized just how destructive my life had become. So instead of going it alone, this time I joined in the discussions. By reaching out, I found that there’s strength in hearing what others have been through. There’s grace in seeing women just like me, posting photos of their milestones. There’s courage in knowing that thousands of people are in this thing with me.

So now, when I put on my work out gear and meet my waddle buddy at the gym, I hold my head high. When I’m the last to cross the finish line in a 5K, or when I do something new I never imagined I would try, I walk like a boss. And when insidious doubt niggles in the back of my mind, telling me I can’t do it, that people are laughing at me, I pull myself up by my bobby socks and remember.

Wilder Women do, and they don’t regret it.

3 Comments on “Wilder Women Do, And They Don’t Regret It”