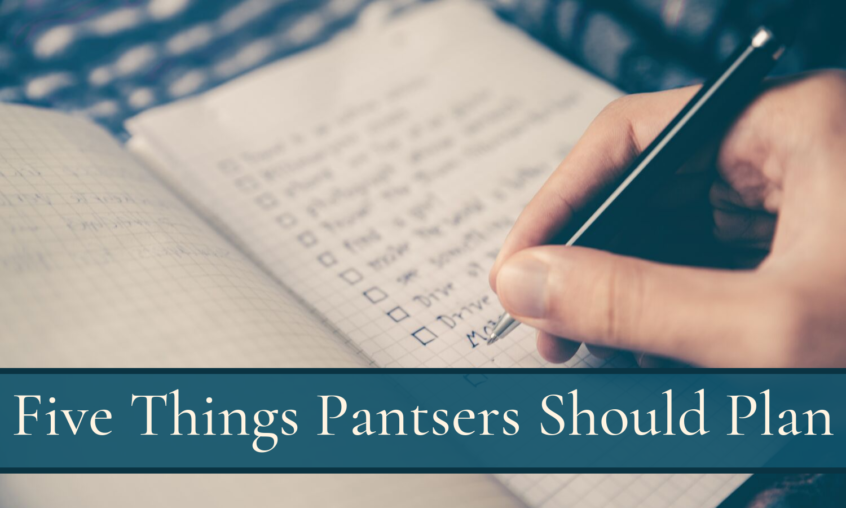 The idiom “Flying by the seat of your pants” was originated in the 1930s when pilots had to rely on instinct instead of navigational devices. Most viewed these gutsy pioneers as heroes who thumbed their noses at danger and took fate into their own hands.

Much like the first pilots, writing pantsers have that same larger-than-life view of storytelling. They write wherever the wind takes them, dipping and swirling like playful swallows in flight. There is a thrill to it, not knowing where the story will go. But just like those first pilots, these writers also flirt with disaster, heading out into the great unknown, often creating stories so convoluted they can’t find their way out.

Whether it be flight plans or plot outlines, structures are there to keep us from losing our way. Here are five things pantsers should navigate before they start typing so their stories don’t crash and burn.

#1 Plot your beginning, middle, and end

Well, that’s easy, right? You’d be surprised. The opening pages must hook the reader while setting the framework for the conflict. The story’s middle section is the place where the plot ramps up, the conflict increases, the characters are fleshed out while the human condition explored. The climax and denouement wrap up the story and leaves the reader with a sense of satisfaction.

There is an energy that inherently comes with a new idea, and that enthusiasm is the driving force behind pantsers throwing fresh words on the page. They often shy away from thinking the basic premise through for fear it will stall or stifle their creativity. This can lead to an exciting first few chapters, followed by a boatload of backstory, a midsection bloated in a tangle of subplots and half-thought-out character relationships, and an ending that is nothing but a big, hot mess.

Basic plotting won’t throw a bucket of ice water on the imaginative fires, but it could help define the premise of the work and save a ton of revision time later.

#2 Make your characters worth sticking around for

Pantsers rarely do character outlines, which often leads to two-dimensional characters that stand around posturing while arguing, scowling, smirking, or quirking an eyebrow. Why? Because the writer is learning the characters as the story is developing. Creating character profiles beforehand is a great way to explore the differences between the players on the proverbial field. What is their greatest desire, their deepest fear? What are their flaws, their insecurities? Do they have any mannerisms or eccentricities that set them apart from the others?

#3 Make your conflict a good one

Because neither the plot nor the characters have been defined, pantsers tend to write unnecessary strife in an attempt to add tension or drama. But conflict for conflict’s sake muddies the water the reader is swimming through.  Over the years, I’ve edited numerous manuscripts where the protagonist meanders through the story, struggling and arguing about anything and everything, and then the story just ends. 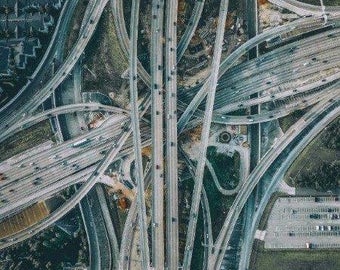 Image found on Not Quite Texan’s blog

It’s critical to define the plot’s overall conflict in the early stages of the book. Otherwise, the midsection develops into something that looks like the Houston freeway system.

The plot must have a central problem that builds throughout until it is solved.

Pantsers tend to run marketing campaigns by the seat of their pants too. But marketing is in the business realm, not the creative. Organization in today’s saturated marketplace is vital for a good book launch. Taking a few minutes each day to create a gameplan for the month before and the three months after the book’s launch will go a long way into getting your story into readers’ hands.

Whether you’re a pantser, a plotter, or, like most of us, somewhere in between, it’s so important to continue honing your writing skills. Conferences, reference materials, and even Youtube have incredible information and interviews with the best in the business.

Here’s one of my favorite series by Brandon Sanderson