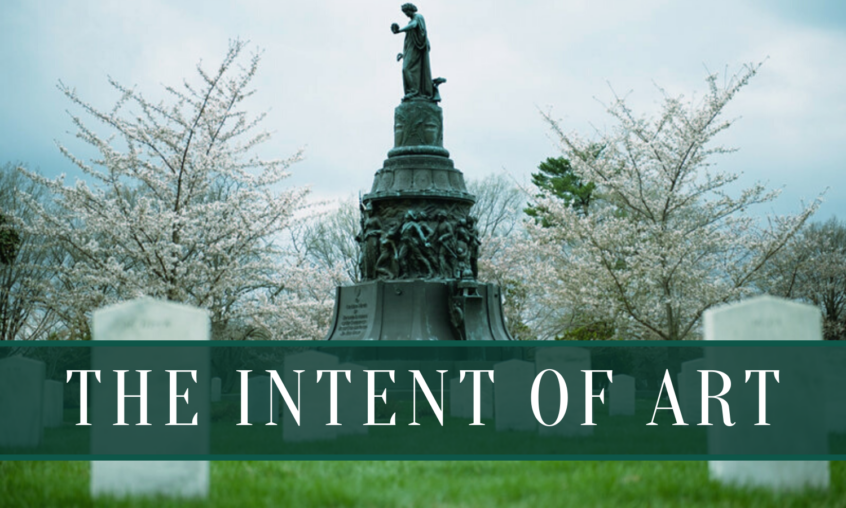 For those that haven’t read the Kailmeyra series, in book two, The Secret of the Keepers, Nora, the protagonist in the series, develops the ability to feel an artist’s intent simply by touching their work. She sees their memories, hears their thoughts. She understands their heart, their passion, and their inspiration.

It’s a trait I’ve always dreamed of having. Historically, it would clear up a lot of things, wouldn’t it?

Take, for example, the recent controversy over removing confederate statues from our nation’s landscape. Most of these monuments depict leaders of the Confederate army, but very few of them were created during the post-civil war era from 1865-1900. Instead, the majority of Confederate statues were commissioned during the Jim Crow era, a time between 1900 and 1960 when states initiated statutes and laws that legalized segregation. Named after black minstrel shows, Jim Crow laws denied black and brown people voting rights, employment, education, and other opportunities. People who defied these laws were arrested, fined, sentenced to jail, faced violence, or were outright murdered.

Some are horrified that these statues still exist while others say they’re no big deal. It’s a piece of art, and that big horse with a soldier on top looks cool in the town square. Who really cares if it’s General Lee atop his trusty steed or just a soldier in a uniform? Art is art, right?

Art is an expression of the human condition. It speaks when words fail. It has the power to shape our mindset, solidify our beliefs, and change how we see the world.

The arts are a tangible manifestation of our humanity, and the intent behind that creation should never be discounted, nor its power underestimated.

For example, the Confederate monument in Arlington Cemetery was commissioned in 1900 when Congress authorized Confederate soldiers’ remains to be interred there. I believe the intent of this statue is one of unification, it was an effort to give solace to those who still mourned the loss of their family. If Nora were to touch this statue, I imagine she would feel pain, grief, and loss, but also hope for a better future and a fierce desire that we never forget the mistakes of the past. There are smaller monuments like this in Confederate grave sights across the south.

Most Confederate monuments aren’t in cemeteries. They stand in town squares next to courthouses across the south. While a few of these were created pre 1900, the vast majority were erected during the Jim Crow era.

I wonder what Nora would feel if she ran her hand across a portrayal of General Lee, or the monument to General Bragg in Georgia? Would she experience overwhelming economic and human loss? Would she sense arrogant pride and misguided loyalty to those who fought to enslave others, or would she see hatred and anger toward a group of people that wanted equality and justice? 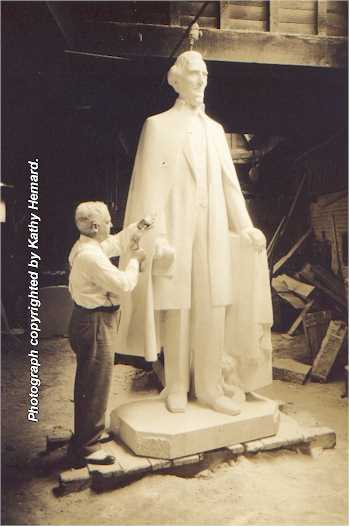 And what about the statue of Jefferson Davis, which stands in Kentucky’s capital in Frankfort? This was carved by famous Confederacy monument artist Fredrick Cleveland Hibbard. The United Daughters of the Confederacy raised $5,000 dollars and commissioned the work in 1934. Governor “Happy” Chandler unveiled the work in 1936, and the statue has been in Kentucky’s capital since.

It is an incredible piece of art created by a master craftsman. But what is it’s intent?

That’s the important question here.  Most believe the Daughters of the Confederacy commissioned the statue in an attempt to redeem the names of their fathers and grandfathers that fought on the losing side of the war. Some believe that glorifying Davis, the president of the Confederacy, is a way to rewrite history, to justify the south’s decision to secede from the union in the first place.

The controversy of Davis’ statue isn’t new.  A few years ago the plaque commemorating Davis as a hero was removed and replaced with historical pamphlets for visitors to read.

Today, some vehemently oppose rehoming the statue because it’s part of our history. Others feel it glorifies a man that led the charge to keep this country divided and its black and brown citizens enslaved.

Personally, I’d like to see the sculpture moved to a museum where people can focus and reflect on its historical significance. It seems more appropriate than keeping it in a place where Kentucky legislation is decided upon.  After all, it’s a larger-than-life depiction of a Confederate President that was hellbent on white supremacy.

And I don’t think we need Nora to understand the intent of that, now do we?

3 Comments on “An Art’s Intent”