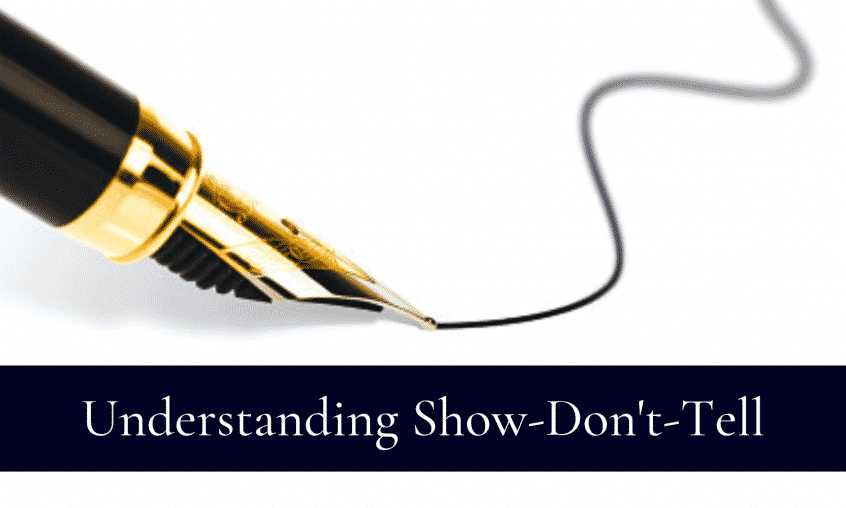 Ah, the blessed mantra of the writer–show, don’t tell. It’s chanted in fifth-grade classrooms all across the nation, and yet, even seasoned writers struggle with the concept.

The difference between telling and showing

Most young writers think of “telling” like a police report. It’s a monotonous sequence of events with no language that would sway the reader emotionally one way or the other. But if telling in fiction were that obvious, it would be easy to spot a mile away.

Unfortunately, it’s more subtle than that, which is why so many writers miss it in their work.

It’s essential to root out telling in a story because this type of prose cages the reader’s imagination, not allowing them to naturally react with the protagonist.  Instead, it tells the reader what they should think and feel.

“Face it, Dory,” Frank said aggressively. “You screwed up.”

She angrily blew out a breath. “For the millionth time, it wasn’t my fault!”

Let’s start with the obvious. Weak writing uses adverbs as a crutch (as well as adjectives and linking verbs). For those that don’t know, can’t remember, or never really cared before, an adverb modifies or quantifies an adjective, verb, or another adverb. In this case “aggressively” tells us how Frank spoke, and the adverb “angrily” tells us how Dory blew out her breath (by the way, I loathe anyone blowing out breaths … it’s one of my pinch points, but I’m weird that way).

So how do we show the scene instead?

Let’s take our example of old Dory and Frank. If we turned these lines into showing, it might go something like this:

Coffee sloshed over the pot’s lip as Frank slammed it on the counter. “Face it, Dory. You screwed up.”

She gritted her teeth and glared at him. “For the millionth time, it wasn’t my fault.”

See the difference? In the second example, the writer doesn’t tell you that Frank is angry; he shows you by slamming the coffee pot down.  Instead of seeing Dory angrily blow anything, thank God, we know she’s mad by her gritted teeth and glare.

Showing prose engages our imaginations and allows us to infer or draw our own conclusions. This is why people say reading is like “a movie running through their head.” It’s because the author has used language that entices the mind to create images, emotions, and worlds.

Telling: “I don’t know why you would say something like that,” she muttered as hurt and anger bled through her tone.

Showing: “I don’t know why you would say something like that.” Her voice broke, and she turned away.

Go through your latest manuscript and search/find the emotions you know you’ve written (angry, happy, sad, mad, etc.). Now break those sentences down and make it clear to the reader what your character is feeling without actually naming the emotion.

Telling: Glee shown in her face as she jumped up and down.

Showing: She jumped up and down, her eyes alight with laughter.

Sidebar–if you don’t own a copy of  The Emotion Thesaurus, I’d strongly suggest picking up a copy. That thing is worth its weight in gold. 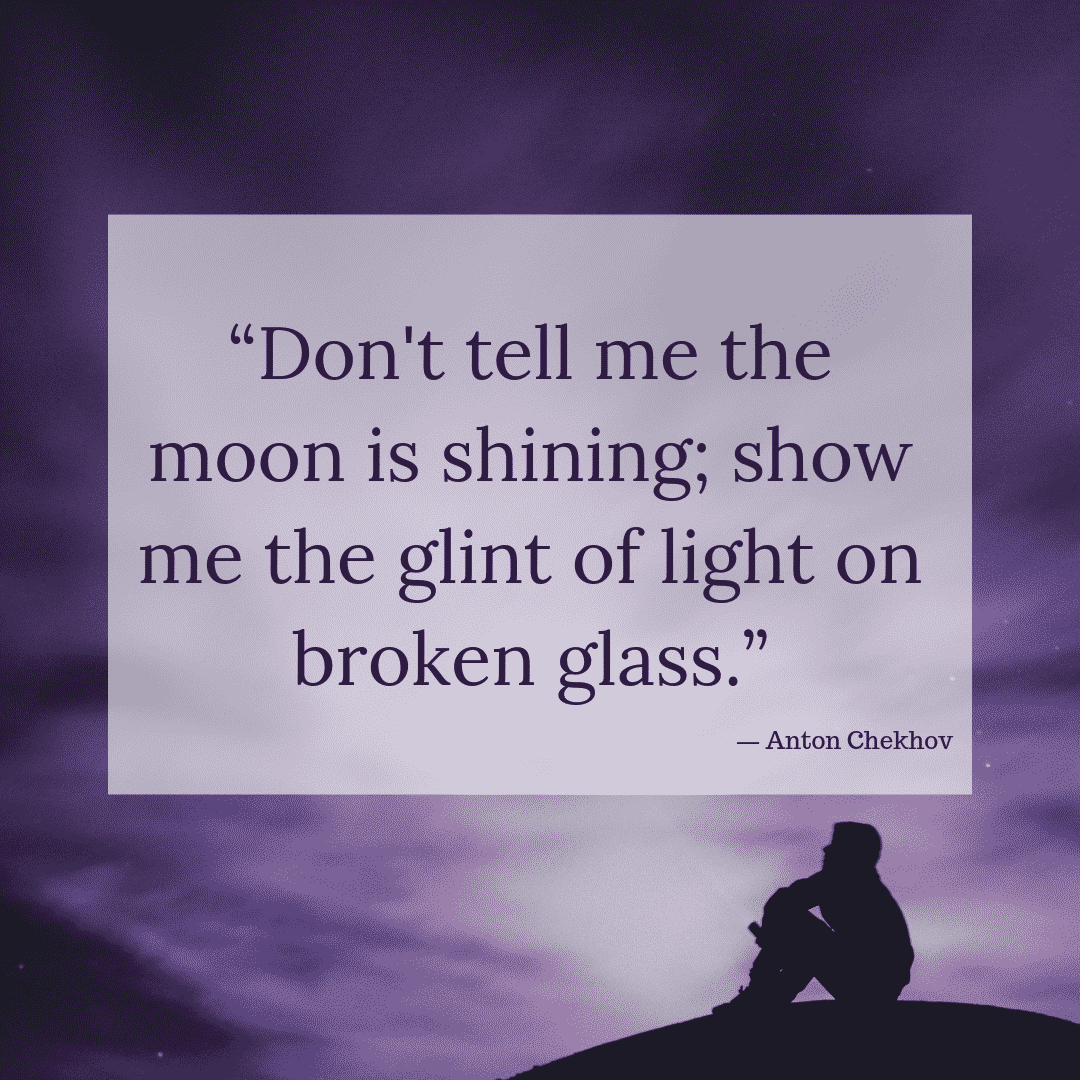 3. The five senses are a beautiful thing

Go through that manuscript and search sensory words such as see, felt/feel, hear, taste, smell, look, watch, etc. and then give the reader a descriptor of it instead of telling them about it.

Telling: She sat on the log, watching the campfire’s blaze.

Showing: Darkness blanketed her in merciful peace as the campfire’s comforting blaze danced around oak and ash, gracefully swirling into the night’s sky.

Telling: She was cold.

Showing: She shivered and burrowed her hands in the pockets of her thick winter coat.

There are a ton writing books that go into great detail about developing better showing skills. Two of my recent favorites are the Thesaurus series by Angela Ackerman, and a new book I just picked up by Sandra Gerth entitled Show, Don’t Tell.