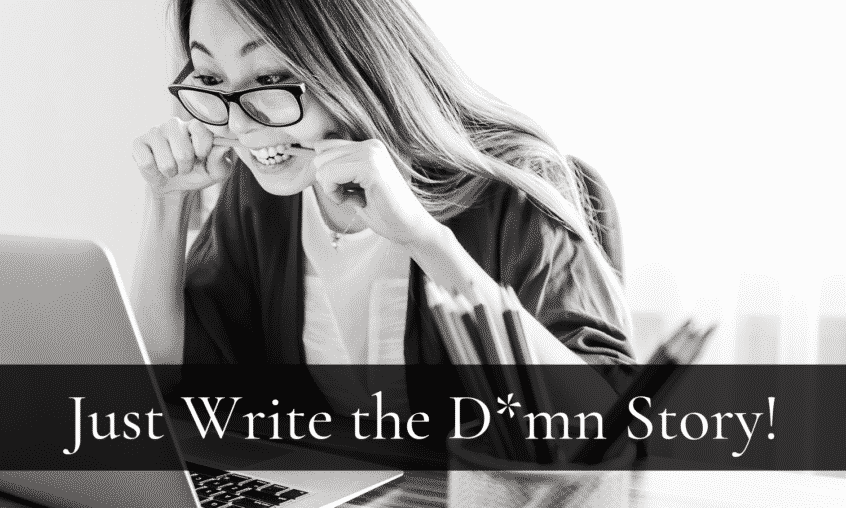 Writing is a process, one that is multi-faceted and complex. Some writers love the beginning stages of creating a story. They have a million ideas that never make it to the page. Others love getting that first draft down, writing like they’ll be shot at dawn if they don’t get the thing on paper. Others love to revise, layer, create subtle nuances, and play with symbolism and literary devices to make the story as strong as possible.

For me, the revision process is my playground. Ideas come only one or two at a time, and writing that first draft is as grueling as crawling through the desert naked while sand fleas feast on my flesh.

I overthink everything, and I’m a perfectionist, which is why first drafts are my nightmare. It’s almost impossible for me to leave that newly created chapter, knowing it’s chalked full of mediocre prose that have little to no emotion or mood. The next day, I’ll reread what I’ve written, fooling myself into believing that I’m doing it for the sake of continuity. Three hours later, I haven’t put new words on the page, but I’ve revised the hell out of what’s already there.

Months go by as I struggle with the first and second acts, revising, shifting the story arc to make it stronger. When I finally start developing the third act, I’m tired, frustrated, and pissed off the process is taking so long. I’m also discouraged because other writers I know have already finished two manuscripts when I’m just completing one. I’m worn out because I’ve been spinning my wheels for god-only-knows how long, and dejected because I’ve developed a self-critical script running through my head that’s so negative it would make Jack Nicholson blush.

I’ve said it before, but sometimes I get on my own nerves. Sheesh!

I was lamenting to a good friend about this very thing the other day. She patiently listened as I tried to explain why I was behind on a deadline, describing that gripping feeling of failure that had me almost incapacitated. The insecurity of not knowing where the story wanted to go, or even if I was heading in the right direction. If I could just quit rewriting, get off the net and concentrate for a red-hot minute, maybe then I’d find my flow state, and the storyline would magically appear.

Her response was a pragmatic huff followed by “Quit making this so difficult. You’re a writer, so finish the damn manuscript.”

My first reaction was a small gasp, then a little chuckle, and then came the overwhelming feeling of sweet relief. One of the best things I’ve ever done is surround myself with practical people who don’t sugar coat issues because they know I get lost in the sugar.

She was right. I needed to quit making things more complicated, have the self-control to keep moving forward and finish the damn thing. I could go back later and beef up the writing before sending it in.

It’s a helluva lot harder than it sounds, but I’ve managed to get out of my head by starting each day old school–with a free write. For those that don’t know, free writing is an incredible exercise where you close off as many senses as possible (sit in the dark, no music, no smells, no mints, gum, coffee, or anything that leaves a residual taste in your mouth). With little to no stimulation, it’s easier to listen to the thoughts flowing through and type them as they appear. It doesn’t have to make sense; it only has to be. Taking five or ten minutes to free write at the start of a session clears the creative cobwebs and gets stumbling blocks out of the way.

After three days, I’ve written over 10,000 words. Knowing I wouldn’t be able to sleep unless I fixed something, I’ve allowed myself to go back at the end of the day and revise, but that’s only after I’ve written new material and am creatively spent.

Hey, would you looky there? It’s working. I’m finishing the damn manuscript.