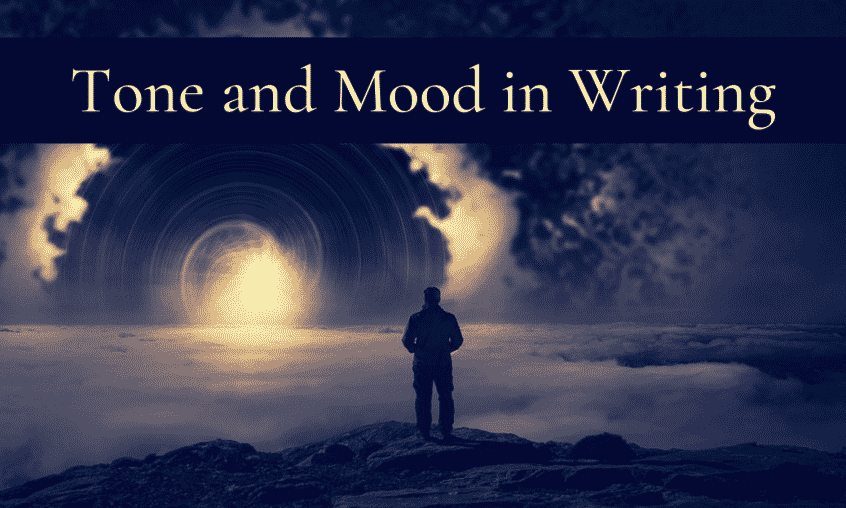 Most authors will say the best way to write a strong story is to show, don’t tell. But if the tone or mood of all that showing doesn’t match the intensity of the plot, the story still seems weak. Having all three is the trifecta of great storytelling.

The difference between Tone and Mood 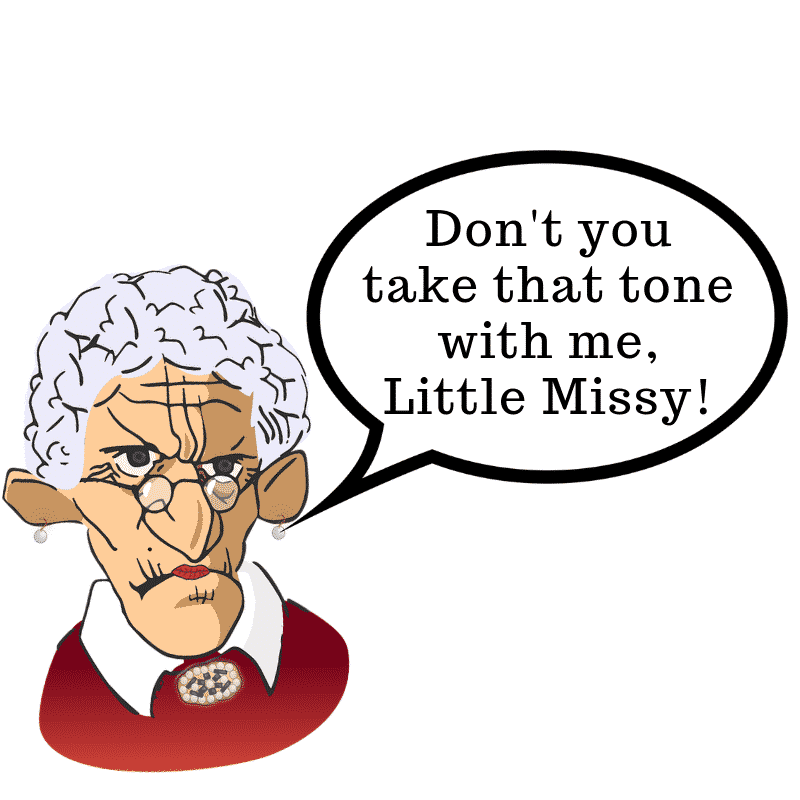 Tone alters the way the characters view their situation and helps the reader distinguish between personalities. It also dictates the actions or reactions one character has versus another. A timid character will react differently to a situation than, say, a boisterous or pessimistic one. Giving each character a different tone adds complexity, which makes them seem real.

Mood defines the atmosphere the characters are in. It makes the reader feel and brings the setting to life. Using imagery, sensory, and other literary devices can ramp up the mood. This is what keeps the reader on the edge of their seat, makes them swoon, or sends a shiver down their spine. It keeps the tension, or eases the flow and pacing, allowing the reader a chance to breathe. The mood of a story can be subtle or overt, but it usually increases and becomes more intense as we near the climax of the plot. New writers struggle with setting the mood and then knowing when to change it.

Examples of Tone and Mood

This is from a manuscript I started, lord, like six years ago. It’s still sitting in the “Ideas” folder, and so I thought I’d use it as an example. Here’s the original.

“Your parents died so you may live.”

The words echoed through the gathering as it had countless times before. Ethan sighed and looked past the pavilion to the beaches below.  Palm trees swayed, their graceful fronds dancing in the tropical breeze. Alabaster sand stood along sparkling blue water that flowed seamlessly into the same-colored sky. Macaws sounded in the distance. After the dark wars, most considered this place paradise.

But for Ethan, it had become a prison.

What’s your first impression of Ethan here? It’s subtle, but the one insight we have to his personality is his sigh. But what if he scoffed, glared, or darkly chuckled? How would that change your perception of him? Set the tone of your character and hone in on it like a knife, then change it as they learn and grow. It’ll make a world of difference and strengthen your story.

Now, let’s look at the mood. The example above is pretty light with dancing fronds, alabaster beaches, and sparkling blue water (which I did on purpose to juxtapose that last line in the scene).

But what if we made the entire thing darker?

“Your parents died so you may live.”

The taunting words echoed through the gathering as it had countless times before. Ethan gritted his teeth and glared past the pavilion to the beaches below.  Palm trees swayed, their sharp fronds reaching for him, daring him to jump. Ashen sand stood along murky water that melted into the overcast sky. Macaws shrieked and screamed in the distance. After the dark wars, most considered this place paradise.

But for Ethan, it had become a prison.

In this example, we lose the juxtaposition of the last line, which is unfortunate. However, giving Ethan a harder edge and darkening the imagery and personification (the sharp fronds reaching, daring, instead of dancing) has ramped up the intensity.

To put it another way, if a horror writer has their protagonist alone in a graveyard at midnight and the moon is happily glowing, the leaves are frolicking, and she is humming a tune while skipping along the cobblestone road, they might get junk-punched by readers.

Word intensity is the key when it comes to setting the mood. If your scene isn’t bleeding from the page like you want it to, chances are you haven’t set the mood, or it isn’t strong enough. Adding literary devices and choosing words that match the mood you’re trying to create will ramp up your writing. 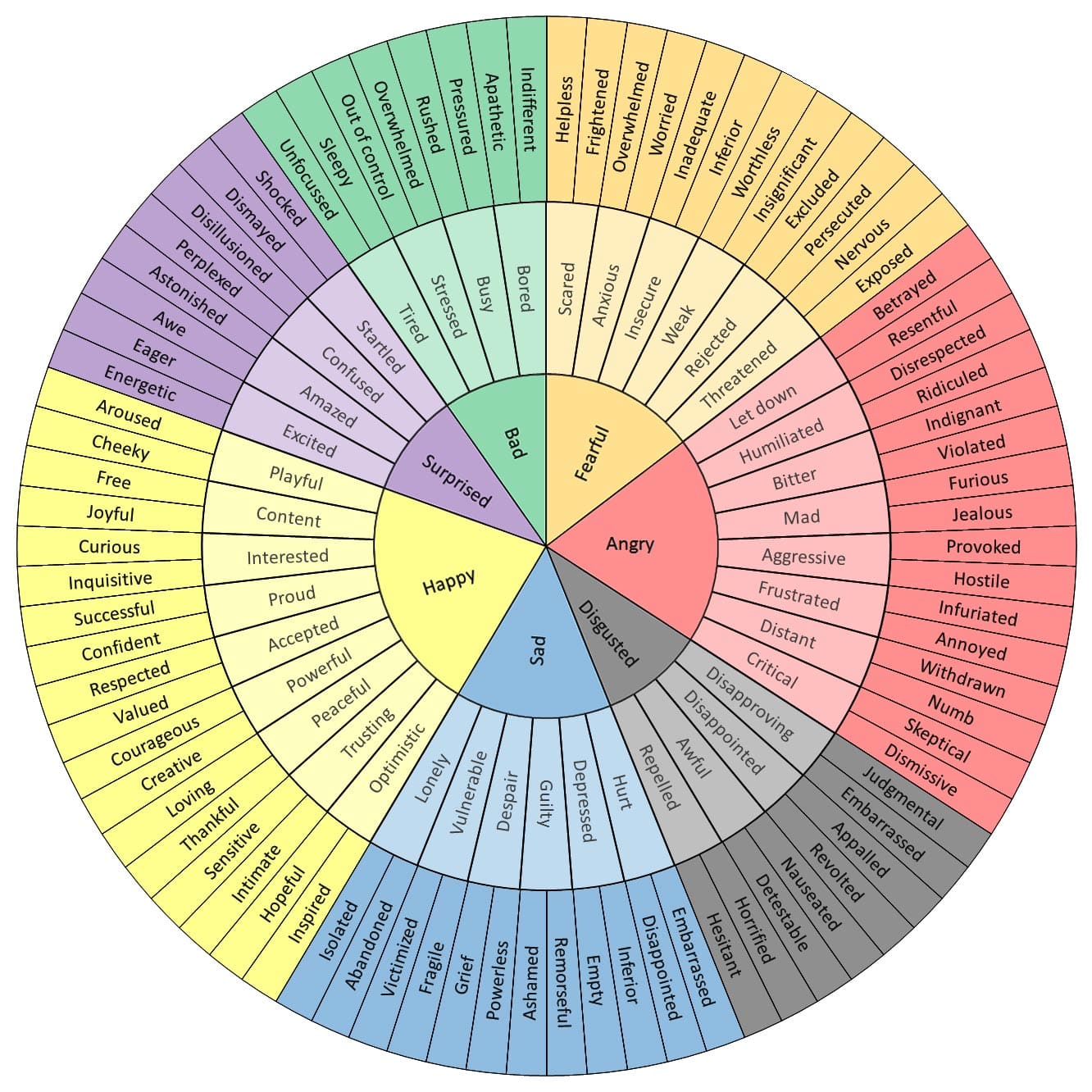 There are a ton of word intensity charts on the interwebs, but here is an excellent example that deals with emotions. Or you can do what I do, and just pin the Thesaurus to your tabs. 🙂